New and exciting changes are always underway, and this summer is no exception for Trio Catch. Clarinettist Boglárka Pecze, who is a founding member of Trio Catch, helping to shape the group for the past 12 years, has decided to go her own professional path effective this summer.

“When Sun-Young Nam and I came up with the idea of starting a trio 12 years ago with this rather rare instrumentation, we were viewed with skepticism. But we made it together, the three of us. We worked through thick and thin and were there for each other both musically and personally. We are fortunate to have given numerous world premieres, recorded CDs and received many prizes that mark our mutual success. Thank you very much for these unforgettable years. However, the time has come for me to break new ground in the music industry. I wish the trio all the best in the future and success with the new team member!” Boglárka Pecze

Eva Boesch and Sun-Young Nam would like to thank Boglárka Pecze for such an enriching time spent together and wish her all the best from the bottom of their hearts. “We are very happy to have found an exceptional clarinetist, Martin Adámek, who will join us as the new member of Trio Catch! The young Slovak clarinetist already has a successful career as a soloist, chamber and orchestral musician. At the age of 19 he was appointed solo clarinetist of the Ensemble Intercontemporain and is considered one of the most versatile clarinetists of his generation.”

The trio is excited for this new collaboration and looks forward to expanding the repertoire, networking internationally and maintaining existing repertoire.

From the first rehearsal together, Martin Adámek was enthusiastic about the qualities of Trio Catch as a great chamber music collaboration: “I am delighted to be chosen as the new clarinetist for this wonderful group. Over the past decade, the trio has repeatedly demonstrated that they are not only masters of many contemporary works, but are also at home in the classical repertoire. Trio Catch has an excellent reputation and I'm really looking forward to future tours and projects. I am excited and curious about new collaborations with composers in order to continue developing the repertoire for this instrumentation in the coming years.” Martin Adámek

All three musicians are looking forward to next season when they will inaugurate the new formation during their first official concert together on November 24, 2022 in Brussels as part of the Ars Musica Festival.

Trio Catch’s new album "As if" was awarded the German Record Critics' Award.

On 5 and 6 May Trio Catch will give a master class for the composition students of the Liszt Academy in Budapest. The results will be presented at a public workshop concert on 6 May at 6 pm. The master class is open to the public, everyone is invited!
Many thanks to the Goethe Institut Budapest and the Liszt Ferenc Zenemüvészeti Egyetem for their generous support! 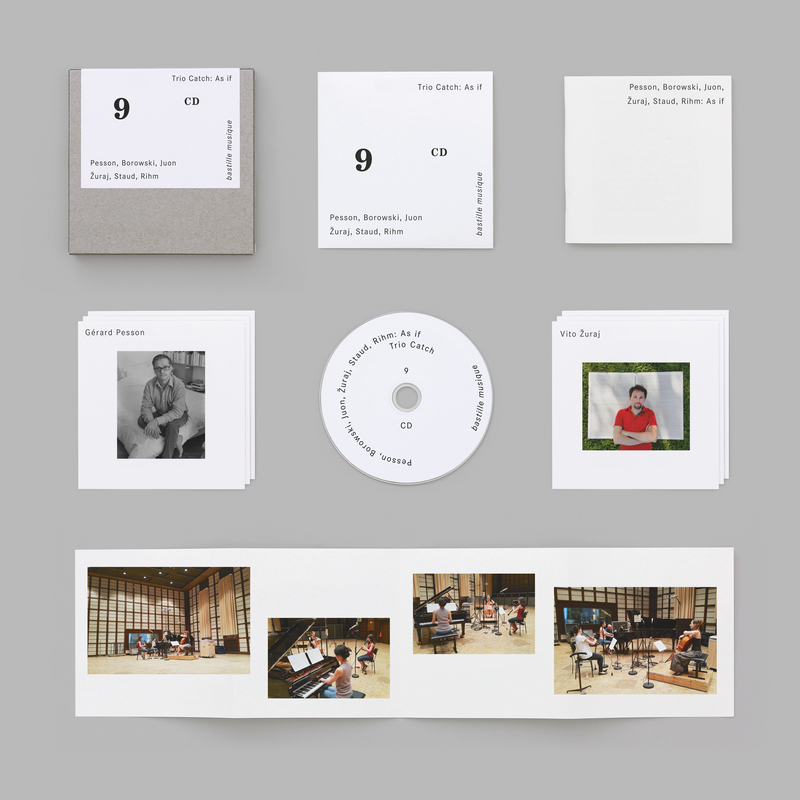 Trio Catch’s new album "As if" is out now on the label bastille musique!
More informations

Trio Catch have been presented with the first “Dwight and Ursula Mamlok Prize”.
We are absolutely delighted to be acknowledged for our endeavours in contemporary music by the Mamlok foundation!

The premiere of the piece "low poly rose" by Martin Schüttler will take place on December 11 at the Bürgerhaus Wilhelmsburg, Hamburg

The CD "a failed entertainment" with music from the Italian composer Clara Iannotta has been chosen by the German Record Critics' Award for the Bestenliste 02/2016 ! 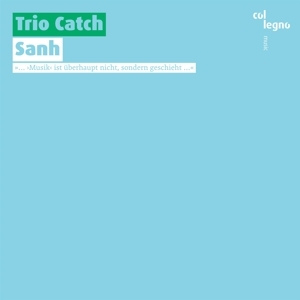 Trio Catch’s second album "Sanh" is out now on col legno. It includes pieces by Christophe Bertrand and Bernhard Lang as well as the Brahms Trio in A minor, Op.114.

The album is available as CD and digital download.

Ohrknacker (Ear Cracker) is a series of Trio Catch concerts in Bürgerhaus Wilhelmsburg, sponsored by Elbkulturfonds. Here, the audience’s ears are opened to new sounds, the like of which they have never heard before, with no age limits, and no need for prior musical knowledge. The opening Ohrknacker concert took place on March 17, 2016 and revolved around the music of Clara Iannotta.

You can find more information on Ohrknacker here.

Trio Catch will give a workshop on Helmut Lachenmann's piece "Allegro Sostenuto" at Régi Zeneakadémia in Budapest. Many thanks to Budapest Goethe-Institut for their support! 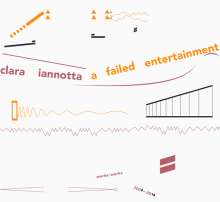 Our recording of “The people here go mad. They blame the wind” can be heard on the recently released portrait CD “a failed entertainment” by Clara Iannotta. 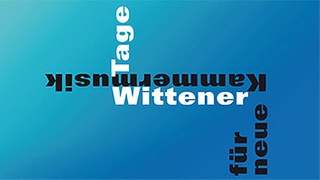 Trio Catch is to be given two new trios by the French composer Gérard Pesson and by the Korean composer Eun-Ji Anna Lee. The pieces will be performed for the first time at the "Wittener Tage für Neue Kammermusik" 2016.

Workshops in Zurich and Hannover

Trio Catch will visit the Zurich University of the Arts and the Hochschule für Musik, Theater und Medien Hannover in December 2015. The focus on both occasions will be Helmut Lachenmann’s “Allegro Sostenuto”.

The full programme can be found here.

Trio Catch is to be given a new piece by the Austrian composer Johannes Maria Staud for the Rising Stars tour. The piece will be played for the first time on September 20 at the Kölner Philharmonie.

Trio Catch will play their first concert at Sommerliche Musiktage Hitzacker at the end of July.

Dates for the coming season are now online!

The next premiere of pieces by Manfred Stahnke and Benjamin Helmer will take place on June 12 at the Gesellschaft für Neue Musik Mannheim.

There will be several chances to hear our concert at the Ultraschall Festival on the radio over the coming months: on Deutschlandradio Kultur on February 3 and March 19, and on rbb Kulturradio on March 11.

Our new recording of Clara Iannotta’s piece “The people here go mad. They blame the wind” will be broadcast on WDR3 on February 22.

Trio Catch will spend three months in Paris from February 2015. The schedule will include concerts, work with composers and preparation for the second CD, which will be recorded this spring at Deutschlandradio Kultur. 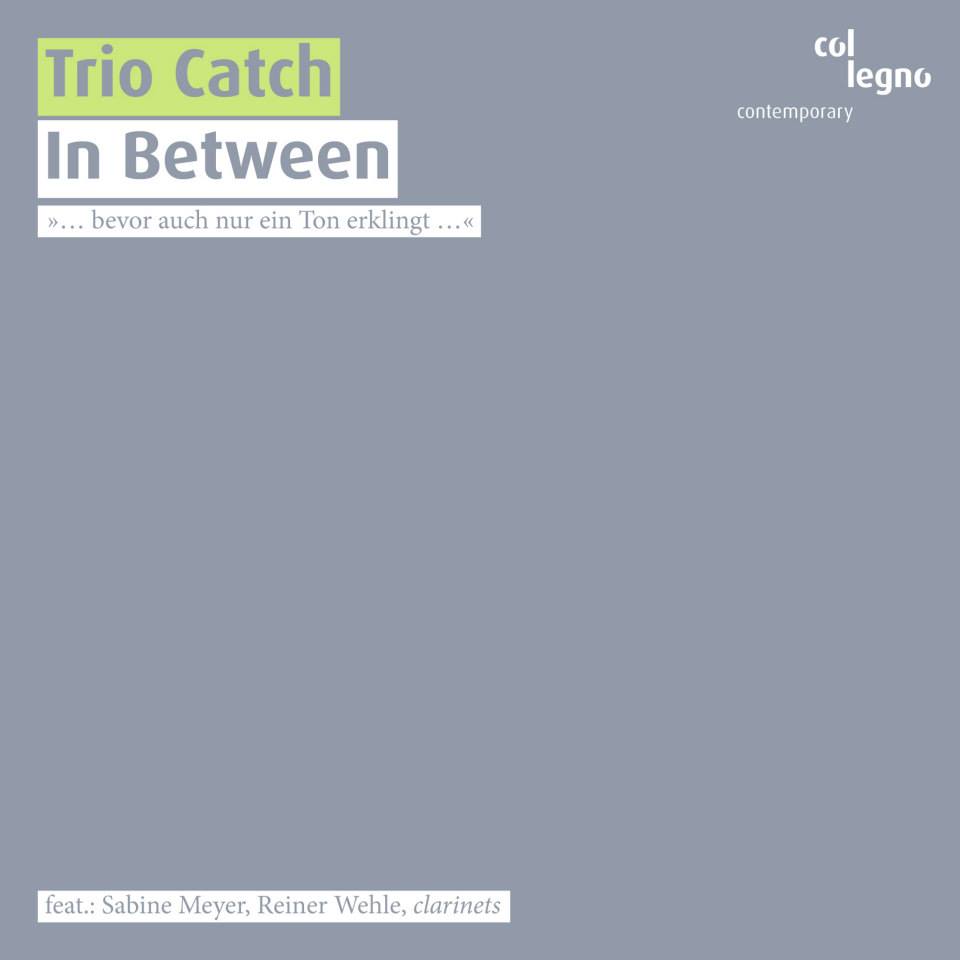 Fresh off the press! Our first CD is out now on the col legno label.

Trio Catch have been chosen by the European Concert Hall Organisation to take part in their Rising Stars series!
As such we will have the opportunity to perform in some of the biggest concert halls across Europe during the 2015/16 season.
The international concert series began in 1995 and has since aided the careers of many young artists.
We are overjoyed to have been given this chance!

Trio Catch will hold a teaching post at the Musikhochschule Hamburg from the summer semester of 2014. 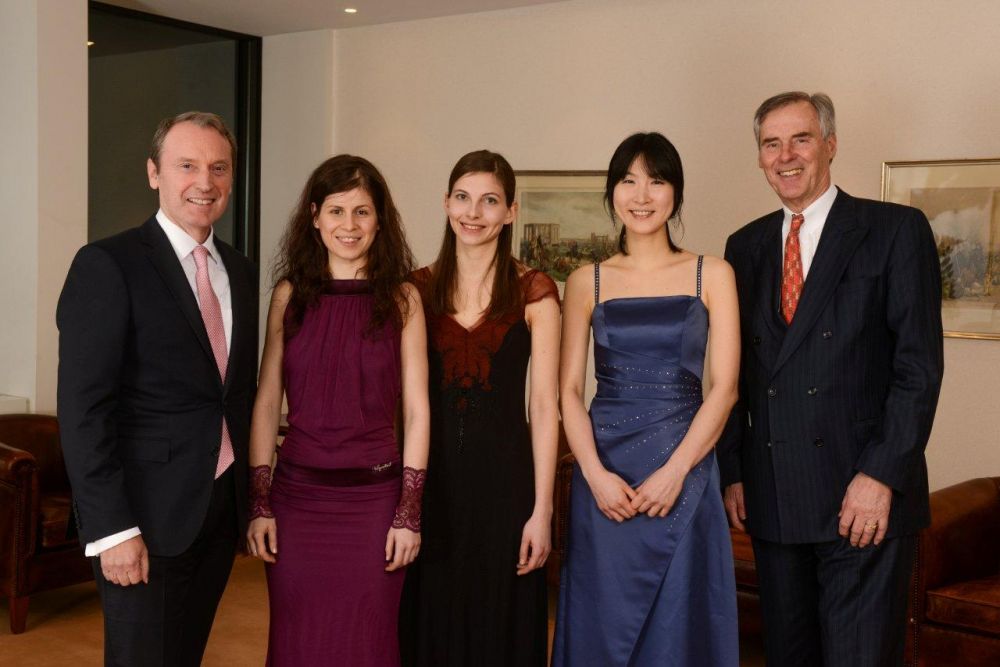 Trio Catch have been awarded the 2014 Berenberg Kulturpreis.

Endowed with 15,000 euro in prize money, it is one of the biggest prizes for emerging artists in Germany. The award ceremony in February will also give us the opportunity to demonstrate our musical virtuosity; we will perform compositions by Franco Donatoni and Ludwig van Beethoven.

Trio Catch has been selected for the boost! Project as part of ENSEMBLE 2014 at the International Darmstadt Summer Courses for New Music. The Summer Courses take place from August 2-16, 2014.
More info at www.internationales-musikinstitut.de.

Trio Catch on the Radio

Many thanks to our webdesigner Ines Lopin, who designed our site so beautifully!

On June 18, 2013, we will open a new concert series by Sonia Simmenauer and Maren Borchers at Maison de France, Berlin.

Trio Catch is excited to be Ensemble in Residence at the Hochschule für Musik und Theater, Hamburg starting in April 2014. As part of this engagement, we will be holding workshops for student composers and their new compositions.